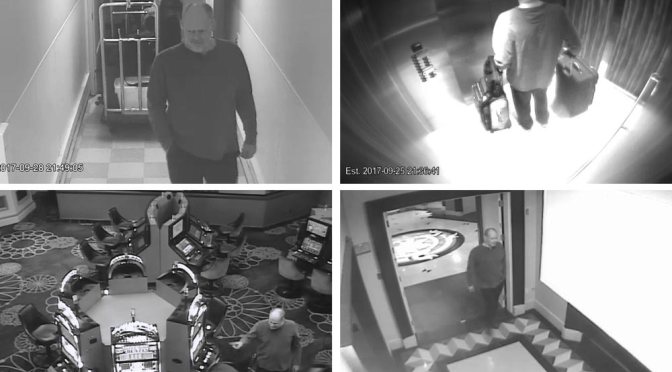 (Las Vegas, NV) – Surveillance video shows Las Vegas gunman Stephen Paddock’s movements in the days leading up to the deadly mass shooting. The security video starts six days before the shooting when Paddock was checking into his suite on the 32nd floor of the Mandalay Bay Resort.

The video is a collection of surveillance images capturing Paddock interacting with hotel staff, getting on and off elevators, eating in the hotel’s restaurant and playing video poker. In part of the video, Paddock is seen with hotel staff transporting nearly 12 suitcases and containers filled with 23 guns and thousands of rounds of ammunition. Paddock is last seen gambling all night in a high-limit slot area before returning to his room around 7 am on the day of the shooting.

Paddock killed 58 people when he opened fire on a crowd of concert-goers near the Las Vegas strip last October. 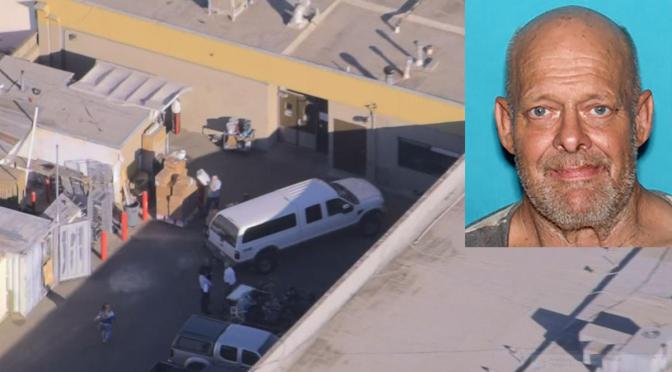 (Los Angeles, CA) — The brother of Las Vegas mass shooter Stephen Paddock is being ordered to stand trial in Los Angeles on a single felony count of possessing over 600 images of child pornography.

Bruce Paddock is free on bail and appeared yesterday in a downtown L.A. courtroom in a wheelchair. Prosecutors say the crimes occurred between January and August of 2014.

The 59-year-old defendant was arrested last October at an assisted living facility in North Hollywood. LAPD officials began investigating Paddock after evidence was discovered inside a business in the nine-thousand block of San Fernando Road in Sun Valley. The investigation began before last year’s shooting in Las Vegas that left 58 people dead. 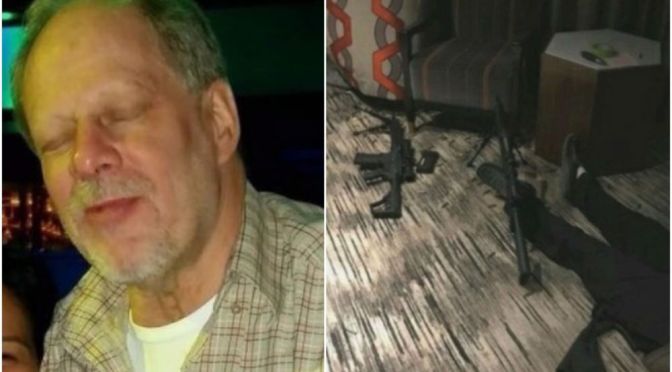 (Las Vegas, NV) – An autopsy reveals the gunman who shot and killed dozens of people in Las Vegas last year had anti-anxiety medicine in his system, but wasn’t under the influence of the drugs.

The autopsy released yesterday and showed signs of anti-anxiety meds, but the substances were found in his urine and not his blood.

The report said he was overweight, but otherwise healthy. Stephen Paddock killed 58 people and injured more than 800 others when he unleashed a hail of bullets on the Route 91 Music Festival from his high-rise suite at the Mandalay Bay Casino on October 1st. Paddock shot and killed himself before officers stormed his room.

(Las Vegas, NV) – An Arizona man who sold ammo to the Las Vegas shooter is facing charges. Federal prosecutors in Nevada are charging Douglas Haig with conspiracy to manufacture and sell armor-piercing ammunition.

A warrant for Haig’s arrest was issued yesterday, according to court records. At a news conference yesterday, he said he doesn’t believe the tracer ammunition he sold to gunman Stephen Paddock was used in the massacre.

Haig also insisted that Paddock didn’t act unusual when he came to his home to purchase about 720 rounds of tracer ammunition.

(SL) –States on the Gulf Coast are bracing for Tropical Storm Nate as it is expected to hit the region as a Category One hurricane. The eye of the storm is expected to come within 50 miles east of New Orleans Saturday or early Sunday. States of emergency have been declared in Florida, Louisiana and Alabama.

Tropical Storm Nate is being blamed for 22 deaths in Central America as it tracks toward the U.S. Gulf Coast. The storm dumped heavy rain and caused widespread flooding in El Salvador, Nicaragua, Honduras and Costa Rica. The National Hurricane Center says the storm is likely to strengthen today, before a possible hurricane-strength hit near Cancun, Mexico.

The Trump administration is rolling back a federal mandate on contraceptives. The Obamacare rule required employers to include contraceptive coverage in health insurance plans. The new rule will allow more employers and insurers to exempt themselves for moral and religious reasons. Millions of woman currently have free access to contraceptives because of the federal mandate. 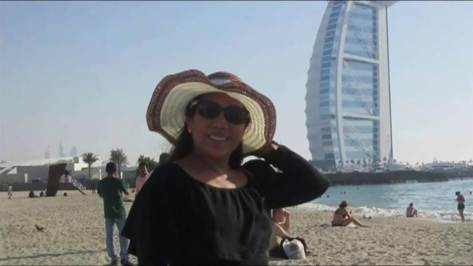 The girlfriend of the Las Vegas shooter is giving new details about the gunman. Marilou Danley told investigators Stephen Paddock showed some symptoms of mental illness. She said she remembers him lying in bed, moaning and screaming “Oh, my God.” State and federal law enforcement officials confirmed that Paddock had been prescribed anti-anxiety medication Valium in the past.

Insurance giant Cigna will be ending coverage for most OxyContin prescriptions. Starting January 1st, Cigna will not cover most prescriptions for the widely-prescribed opioid in group health insurance plans. The change announced this week is part of Cigna’s efforts to help rein in a nationwide epidemic of opioid abuse.

A-O-L’s is wrapping up its instant messaging service. The company announced today that A-O-L Instant Messenger will be discontinued on December 15th, after 20 years of chat history online. The long-running instant messaging service was many people’s first social experience on the internet. Launching back in 1997, the service preceded the ever-growing popularity of Facebook, Twitter, Whatsapp, and Slack.

(SL) – The Independent reports, In all the mass shootings that have occurred since Donald Trump was sworn in as the 45th President of the United States, the perpetrator has been more likely to be a white male citizen of the US than a Muslim from a foreign country.

According to a study by the think tank New America, between 2001 and 2015 more Americans have been killed by homegrown right-wing extremists than by terrorists espousing Islamism.

Data compiled by the Gun Violence Archives, since President Trump took office on 20 January 2017, shows that 323 people have died and 1249 people injured in a mass shootings.

The mass shooting in Las Vegas, resulting in 59 deaths was, according to police, carried out by Stephen Paddock, a 64-year-old resident of Reno, Nevada.

Speaking from the podium of the White House on Tuesday, Press Secretary Sarah Huckabee Sanders said now was ‘not the time’ to discuss stricter gun control.

In January, the President signed an executive order, since revised, that banned citizens of seven Muslim Majority countries from entering the United States, done in part on grounds of security.

END_OF_DOCUMENT_TOKEN_TO_BE_REPLACED 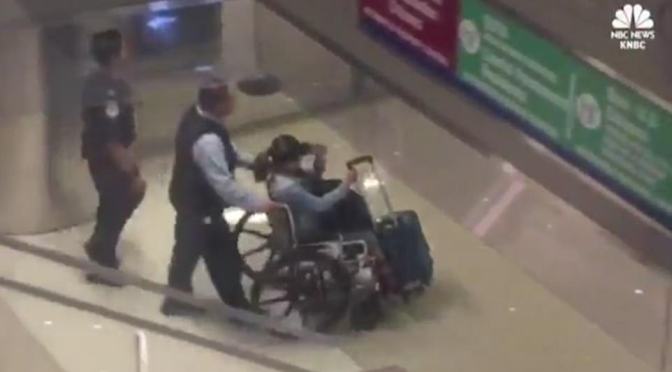 (SL) – The girlfriend of Stephen Paddock arrived back in the U.S at LAX Tuesday night as authorities confirm that she is in fact a person of interest. In a wheelchair and wearing a hat, she was met by FBI agents.

Danley, who is rumored to have been dating Paddock for the past year was visiting family in the Philippines when he opened fire on attendees at the Route 91 Harvest Festvial in Las Vegas.

In the end 58 people would be dead with another 527 injured.

Family members of the 62-year old claim she knew nothing about Paddock’s plans but admit that he sent her away on September 15th. A week before the shooting he wired $100,000 dollars to an account in the Philippines.

Authorities have confirmed the transaction but have not disclosed the name on the account.

END_OF_DOCUMENT_TOKEN_TO_BE_REPLACED 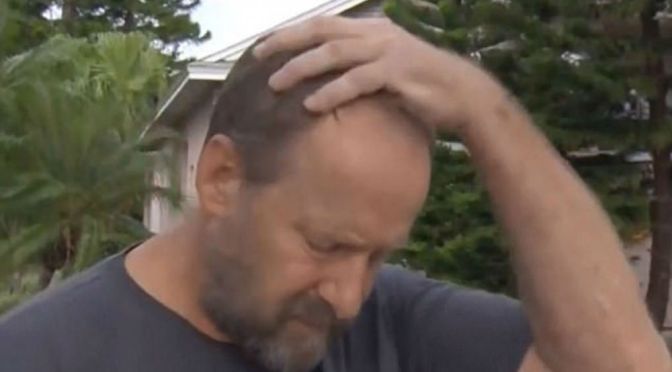 (SL) – The brother of the Mass murderer Stephen Paddock spoke with the press moments ago saying his family doesn’t know what happened or why his brother would commit the horrific crime in Las Vegas that killed 58 and injured over 500.

Eric Paddock say Stephen was a normal guy who must have ‘snapped’ before carrying out the worst mass shooting in American history. He went on to say  that there was ‘absolutely no indication he could do something like this’ and said that Stephen had no political or religious affiliation.

“He was just a guy. Something happened, he snapped or something.”

Speaking from his home in Orlando, FL Eric said, “We know absolutely nothing, this is just, we are dumbfounded.” 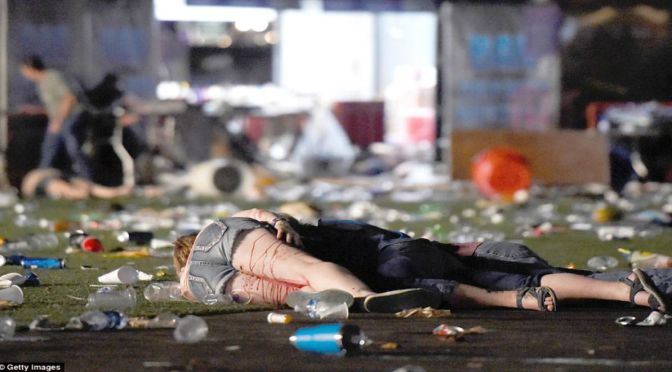 (SL) – More terror in the United States as a gunman unloaded on attendees at the Route 61 Harvest Festival. 64-year old Stephen Paddock reportedly had more than 10 rifles and semi-automatic guns in his hotel room on the 32nd floor of the Mandalay Bay Hotel; and killed himself as police entered the room.

The hunting enthusiasts and licensed pilot committed suicide, it’s believed that he fired more than 200 rounds over the course of 10 minutes.

Raining gunfire down on innocent concert goers, more than 515 people were injured with 12 of those being listed as critical and 58 people have been confirmed dead and that number could rise. It’s the deadliest shooting in U.S. history.

The shooting broke out on the final night of the three-day Route 91 Harvest festival, a sold-out event attended by 22,000 and featuring top acts such as Eric Church, Sam Hunt and Jason Aldean.

Police say the shooter,  a resident of nearby Mesquite, Nevada, unloaded on the festival  at the Las Vegas Village, from a room across the street in the Mandalay Bay Hotel at 10:08 pm. At this point, authorities say there is no connection to international terrorists.

Investigators are currently raiding Paddock’s $400,000 home in a retirement community in Mesquite, which he shared with a woman named Marilou Danley who is currently out of the country.  Paddock reportedly used her credit cards over the last few days as he had been in Vegas since Sept. 28th.

Some reports state that Paddock was going through a divorce at the time. Paddock’s brother Eric described Marilou as his brother’s girlfriend whom he was living with.

Investigations are still ongoing and police have not yet determined a motive. Paddock has no arrest record.

Authorities are asking for blood donations in the area.