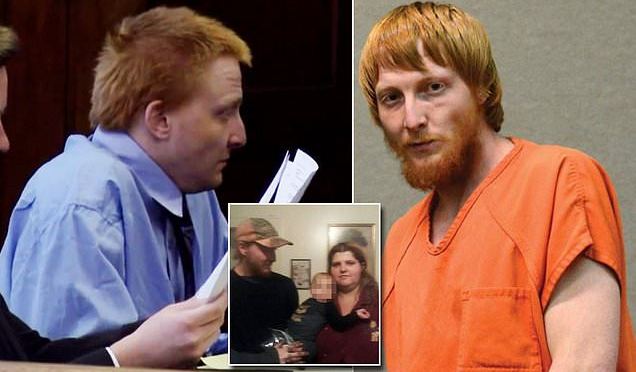 (Bluefield, WV) – A 26-year old man from West Virginia has been convicted of incest with his 3-year-old daughter.

The sickening case of Henry Vincent Bennett unfolded in a Bluefield, West Virginia courtroom but started back in February when he was first arrested for sexually assaulting his daughter.

Reportedly, back then, the 3-year-old told family members that she was being sexually abused.  Subsequently, she told state child safety workers that her father had put his ‘butt’ on her ‘butt’.  The little girl made a penis out of play-doh and said it was her father’s ‘butt’.

A string of disturbing lies followed after the father was questioned by authorities.  He initially denied any wrongdoing but then quickly asserted that he had in fact, mistakenly, had contact with the girl.  Bennett claimed he sexually assaulted his daughter on two occasions.  One, in which he claims he used a sex toy and another incident where he said the little girl performed oral sex on him.

Even more shocking, Bennett said he mistook his 30lb daughter for his 185lb wife. With the first act, he said he ‘accidentally’ placed the sex toy inside the girls’ buttocks. And the oral sex incident supposedly happened when he was wife performing oral sex on him and got up to use the bathroom.  Bennett stated that while his wife was in the restroom, his daughter walked into the room and started performing oral sex on him before he realized it wasn’t his 24-year-old wife April who was also arrested.

Bennett would later try to say that his confession wasn’t true and that he was pressured by police to make the story up.  He said authorities told him he could go home if he confessed. But during his tearful testimony, Bennett confirmed the confession was true when the prosecutor was grilling him about how he could mistake his tiny daughter for his adult sized wife. Bennett told the courtroom, “I was laying on my back.  I thought it was April and when I rolled over the girl yelled.”

It jurors just 30 minutes to convict Bennett on two counts each of first degree sexual assault, sexual abuse by a parent and incest. His wife April copped a deal that pleading guilty to child neglect. April is free on bail awaiting sentencing scheduled for next month.

Henry Vincent Bennett is in the Southern Regional Jail in Beaver, WV.  He could face 80-270 years in prison.