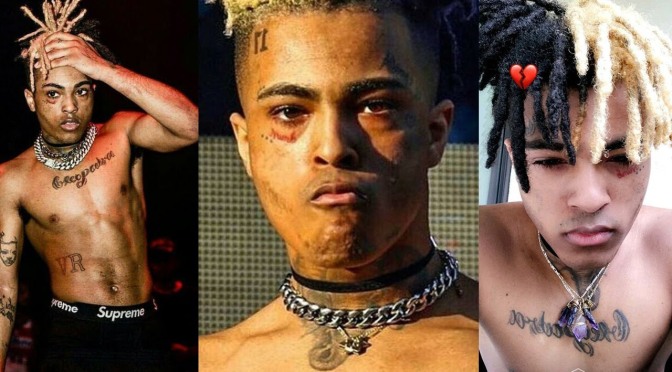 (Sunrise, FL) — A memorial service is planned in South Florida for rapper XXXTentacion . A post on Instagram says fans are invited to BB&T Center in Sunrise on Wednesday to remember the entertainer, whose real name was Jahseh Onfroy. The 20-year-old was shot and killed last week as he was leaving a Deerfield Beach motorcycle dealership. Police arrested a 22-year-old suspect two days after the killing.

In the week since his murder, XXXTentacion’s song “Sad” has made its way to the top of the Billboard Hot 100 chart. That makes him the first artist to achieve a posthumous number one song since Notorious B.I.G. back in 1997. 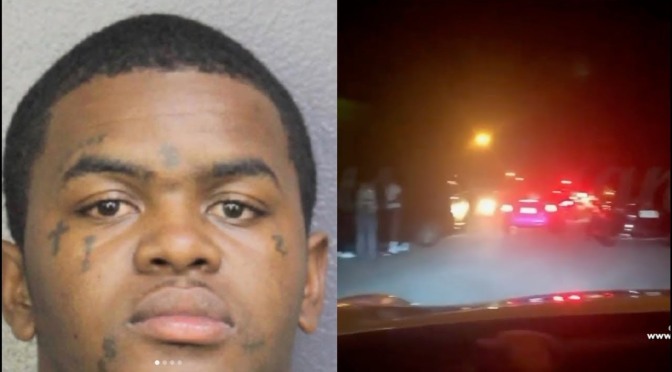 (Miami, Fl) – An arrest has been made in the shooting death of popular rapper XXXTentacion.  According to reports, authorities took Dedrick D. Williams into custody in connection to the rapper’s death on Wednesday.

The 22-year-old faces charges of first-degree murder, driving without a valid license and a probation violation for theft of a car.

Williams has previous arrests for cocaine possession, weapons possession, domestic violence and aggravated assault with a firearm. He was also arrested for grand theft auto.

During an incident in 2014, Williams allegedly held a gun to his girlfriend’s head. According to arrest records, he has at least 11 felonies.

XXXTentacion, real name Jahseh Onfroy was shot in the neck and killed outside of a motorcycle dealership in Deerfield Beach, Florida. His lawyer says his client had withdrawn a large sum before visiting the shop, possibly to purchase a motorcycle. Police believe the murder was a robbery-gone-wrong, since the two men made off with a Louis Vuitton bag.

It’s unclear if cops are still looking for a second suspect.

XXXTentacion  had a rough upbringing, which included seeing his mother infrequently and being raised his Grandmother and crashing with friends. He had been upgrading a 1.4 million dollar mansion in upscale Parkland Florida in which he lived in with his mom.

Prior to his death, in a video, he said, ‘If worse things come to worse, I (expletive) die a tragic death or some (expletive), and I’m not able to see out my dreams, I at least want to know that the kids perceive my message and were able to make something of themselves.’ 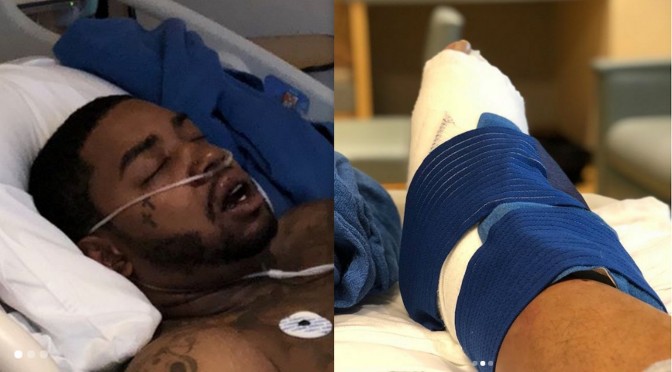 (Miami, FL) – Rapper Lil Scrappy is recovering from a car accident in Miami. TMZ says the “Love & Hip Hop” star was in a car that hit a pole early Sunday morning.

According to the report, Lil Scrappy’s friend Ca$ino Roulette was also in the car. They were found on the ground outside the car when police arrived.

Scrappy reportedly needs surgery on his foot, while Ca$ino is in intensive care. Scrappy posted a message on Instagram saying he feels blessed to be alive.

(Fort Lauderdale, FL) – The shooter who killed five people inside Fort Lauderdale-Hollywood International Airport is being sentenced to life in prison. This morning in federal court in Miami, former U.S. Army Iraq war vet Esteban Santiago pled guilty to eleven charges stemming from the January 2017 shooting that left five people dead and six others injured in the airport’s baggage area.

Under a plea agreement, prosecutors took the death penalty off the table and Santiago will be sentenced to five life terms, plus 120 years and gives up his right to appeal.

(Miami, FL) – A suspect is in custody after a shooting left a four-year-old girl dead. According to Miami Police, 24-year-old Ronald Jones is charged with aggravated battery and second-degree murder. He’s accused of killing Nyla Jones, who was rushed to a hospital in critical condition and later pronounced dead.

According to Miami Mayor Francis Suarez, police told him Nyla and two other kids were in a car with Nyla’s mother Saturday morning around 10am when Nyla’s mother began arguing with Jones about money. Jones fired into the car.

The two children sustained minor injuries from shattered glass or bullets grazing them, but they’re expected to be okay. Ronald initially fled the scene, but later turned himself in to police.

Jones is in Turner Guilford Knight Correctional Center on one count of second degree murder and three counts of attempted second degree murder with a deadly weapon. He’s being held without bond. Jones’ only prior conviction in Miami-Dade County was for petty theft in 2012.

It took only six hours on Saturday to install that part of the 320-foot-long FIU-Sweetwater University City Bridge project at Florida International University, which had been scheduled for completion early next year.

The footage also shows a worker on top of bridge that tumbles down into the rubble when it collapses. No word yet if he is one of the reported six people killed.

(SL) – The family of fashion designer Gianni Versace is blasting the FX network’s upcoming “American Crime Story” installment on his murder. The family calls the episode a work of fiction, based on a book the family didn’t authorize.

The Versace family has released a statement warning fans that they have nothing to do with the new season of American Crime Story. The Assassination of Gianni Versace, follows the death and investigation regarding the legendary fashion company’s founder, Gianni Versace.

Various members of the family will also be portrayed in the show, including the company’s current chief designer and Vice President, Donatella Versace, who is played by Penelope Cruz. Gianni Versace will be played by Edgar Ramirez, while Gianni’s brother, Santo, will be played by Giovanni Cirfiera.

The family sent out the following statement regarding the show:

“The Versace family has neither authorized nor had any involvement whatsoever in the forthcoming TV series about the death of Mr. Gianni Versace. Since Versace did not authorize the book on which it is partly based nor has it taken part in the writing of the screenplay, this TV series should only be considered as a work of fiction.”

FX responded with a statement yesterday saying it stands by the reporting of author Maureen Orth, whose book “Vulgar Favors” is the basis for “The Assassination of Gianni Versace.”

“Like the original American Crime Story series The People vs. OJ Simpson, which was based on Jeffrey Toobin’s nonfiction bestseller The Run of His Life, FX’s follow-up The Assassination Of Gianni Versace is based on Maureen Orth’s heavily researched and authenticated nonfiction best-seller Vulgar Favors, which examined the true life crime spree of Andrew Cunanan. We stand by the meticulous reporting of Ms. Orth.”

Versace was shot to death outside his Miami home in 1997 by Andrew Cunanan. Cunanan killed himself eight days afterwards. Cunanan was later found to have killed at least four other people that year.