(Coral Springs, FL-AP) — A second survivor from the Marjory Stoneman Douglas High School mass shooting has committed suicide. Police aren’t releasing a name yet, but they say the student currently attended the high school. News of the death comes about a week after 19-year-old Sydney Aiello committed suicide.

She was diagnosed with PTSD after surviving the mass shooting at the high school in February of 2018. That shooting claimed the lives of 17 people and sparked a movement calling for increased gun control and mental health services.

The parents of several of the shooting victims thanked DeSantis for bringing accountability to Broward County and stressed that they are excited for new leadership under Tony. Seventeen people died in the shooting at Marjory Stoneman Douglas High School on Valentine’s Day last year. Israel has faced heavy criticism for his agency’s response in the shooting which sparked a nationwide movement for increased gun control.

(Parkland, FL) – The brother of Florida high school shooting suspect Nikolas Cruz is under arrest again. Zachary Cruz was booked into Palm Beach County jail Tuesday for violating the terms of his probation.

The 18-year-old was given six months of probation for trespassing at the school where police say his brother killed 17 people back in February. He was also ordered to stay away from any schools, but over the weekend police say he was caught within 25 feet of a parking lot of a high school.

He was also driving without a valid license.

(Fort Lauderdale, FL) – The father of a student killed in the Valentine’s Day massacre at Stoneman Douglas High School in Parkland, Florida is going to court to expose a man he calls “a coward.” Andrew Pollack’s wrongful death lawsuit was filed yesterday and lists several defendants, including School Resource Officer Scot Peterson. 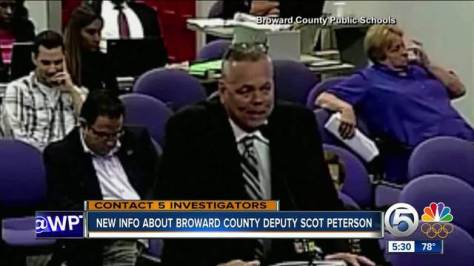 The former Broward County Sheriff’s deputy has been criticized for failing to enter the building where the shooting was taking place.

Pollack said he doesn’t want money, he just wants to expose Peterson as a coward who could have saved everybody, including his 18-year-old daughter, Meadow.

(SL) – Ted Nugent is lashing out against the Marjory Stoneman Douglas High School students who led nationwide protests against gun violence. The students have slammed the NRA and have called for stricter gun laws following the mass shooting that left 17 dead in Parkland, Florida last month. During a radio interview on “The Joe Pags Show” Friday, Nugent said he felt sorry for the Parkland, Florida high school students calling them “ignorant” and “soulless.” He went on to say that to “attack the good, law-abiding families of America when well-known, predictable murderers committed these horrors is deep in the category of soulless.”

Nugent is a National Rifle Association board member and outspoken supporter of President Trump. His comments come in response to nationwide protests against gun violence last week, that were largely led by the students at Marjory Stoneman Douglas High School.

(Fort Lauderdale, FL) – Accused Parkland, Florida mass murderer Nikolas Cruz is getting a lot of fan mail at the Broward County Jail. Some of it includes love letters complete with suggestive pictures.

Facebook communities have also popped up for people to talk about how they can help the man accused of gunning down 17 people February 14th at Marjory Stoneman Douglas High School. Cruz has reportedly received at least 800-dollars for his prison commissary account.

A few of the notes are religious in nature with concern for Cruz’s soul. Cruz hasn’t seen any of the sexually-charged photos as it is against jail policy.

Zachary Cruz is in jail for trespassing at Marjory Stoneman Douglas High School. By issuing a “Red Flag” risk protection order, deputies hope to take any weapons he may have, and keep him from getting any more of them.

The Red Flag provision, is part of the recently enacted Florida school safety bill, which gives law enforcement the power to temporarily seize weapons from suspects who have been taken into custody for an involuntary mental health assessment. 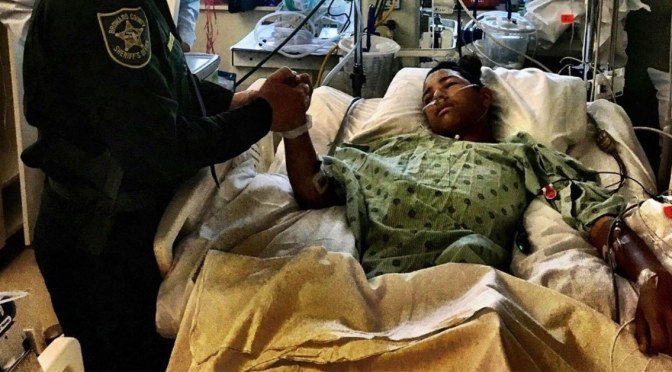 (Fort Lauderdale, FL) – A student who saved lives during the MSD High School shooting is back in the hospital. Fifteen-year-old Anthony Borges was shot five times after he held a door to help other students hide in a classroom during last month’s mass shooting.

He was recovering at home, but went back into the hospital to be treated for an ulcer and possible infection.

According to Local 10 News in Miami, Borges’ father wrote on Facebook that his son will have three or four more surgeries in the coming days.

(Palm Beach County, FL) – Police officers are guarding the home of the Florida deputy who took a position near the scene of the massacre at a Parkland high school last week but never went in. 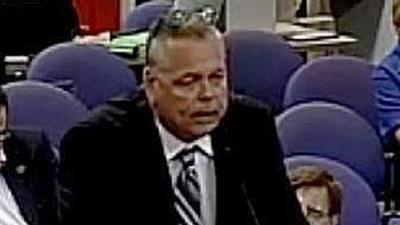 Members of the press tried to engage Peterson at his home yesterday but were turned away by several Palm Beach County police officers. The shooter opened fire with an AR-15 rifle killing 17 people and wounding several others. Broward County Sheriff Scott Israel says Peterson was outside the building for roughly four minutes while the shooting in total lasted around six minutes. Israel said the officer never fired his weapon.

The “New York Times” reported that in February of 2016, the sheriff’s office received information that the shooter, Nikolas Cruz, was planning to “shoot up the school.” That information was then forwarded to Peterson who was working at the school at that time. 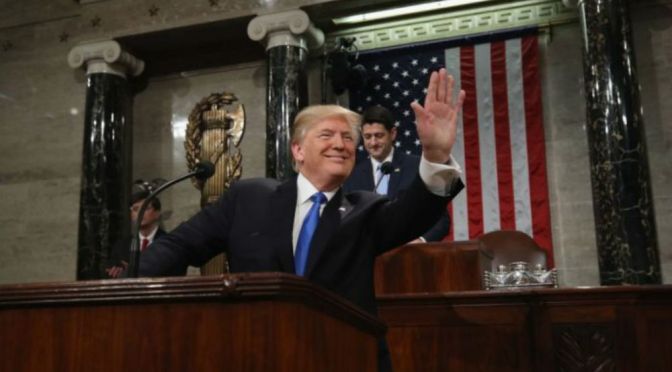 (Washington, DC) – A new report says some White House staff thought they got a reprieve from last week’s deadly school shooting. The “Washington Post” cited an anonymous White House official as saying it was a distraction after several straight days of bad news for the Trump Administration.

The official reportedly said a similar period of calm came after the Las Vegas shooting on October 1st. According to the “Post,” the official added, quote, “sadly, when the coverage dies down a little bit, we’ll be back through the chaos.”

Seventeen people died in the shooting last week at Marjory Stoneman Douglas High School in Parkland, Florida. The shooting has led to calls for gun reform.