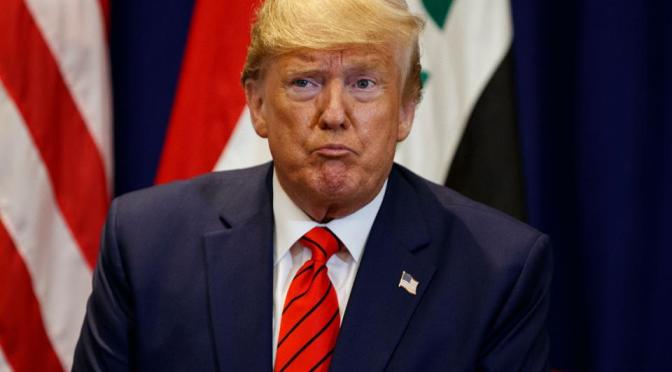 (Portland, OR-AP) – A federal judge is blocking a Trump administration policy that denies visas to immigrants without health insurance. The decision is based on claims by immigrant activists that the policy would separate immigrant families.

The White House says the policy is aimed at protecting American taxpayers from having to foot the bill for immigrants’ health care. 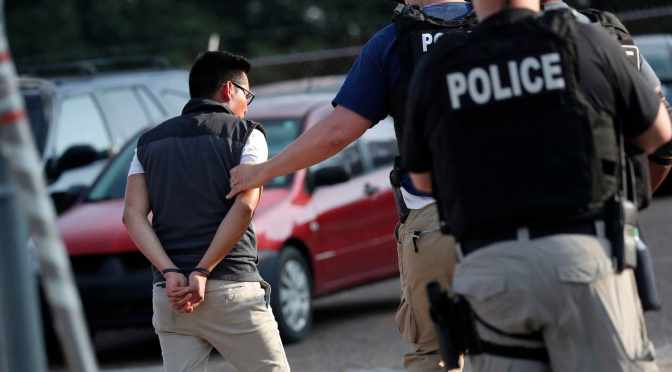 Hurst says the raids were planned a month ago and search warrants were executed at seven locations in six cities, setting a record for the number of ICE raids in a single state. Companies targeted include Peco foods and poultry producer Koch Foods.

Approximately three bus-loads of employees were taken to a military base for processing. 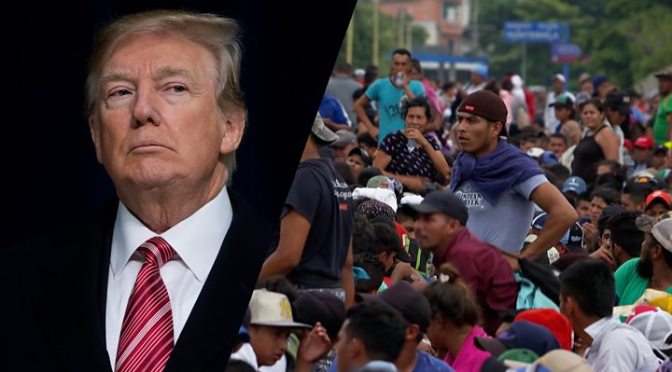 (Washington, DC-AP) — The Trump Administration is proposing a new restriction to crack down on migrants from Central America seeking asylum in the U.S.

Department of Homeland Security Acting Secretary Kevin McAleenan said the rule will help reduce a major “pull factor” and lead to fewer individuals “transiting through Mexico on a dangerous journey.” Attorney General William Barr called the rule a “lawful exercise of authority provided by Congress to restrict eligibility for asylum.”

(Washington, DC-AP) — House Speaker Nancy Pelosi is ripping mass deportation raids, which are expected to start on Sunday. Talking with reporters at the Capitol today, Pelosi called it “heartless.” She said the ICE raids will terrorize migrant children and tear families apart. At the direction of the White House, ICE agents are targeting around two-thousand immigrants in at least ten major cities. ICE said its focus is on arresting people with criminal histories. Pelosi repeated a call for comprehensive, bipartisan immigration reform in Congress.

Pelosi said any legislation must include a “path to citizenship” and argued that more than 10-million undocumented immigrants in the U.S. are not going to be deported.

(Wilmington, DE-AP) — The White House is being accused of using “cruelty to children” as a tool of immigration policy. On CBS’ Face The Nation, Delaware Senator Chris Coons said the Trump administration has intentionally used children to affect policy changes.

He cites reports of overcrowding and unsanitary conditions at detention facilities as examples of cruelty to children. Coons says there’s ways in which the administration has demonstrably failed in its moral responsibility to provide minimally reasonable care for children in their custody.

(Washington, DC-AP) – ICE is set to being massive roundups of migrant families on Sunday. Immigration agents are targeting up to two-thousand families slated for deportation in big cities including New York, Chicago, Denver and Los Angeles.

President Trump tweeted this week that “millions” of undocumented immigrants will be deported. Acting ICE chief Mark Morgan recently said the goal is not to separate families.

Organizations oppose to the measure say it will create a larger rift between law enforcement and those here illegally because of fear, but supporters of the bill say this simply is not true.

Local government agencies that do not follow the law can face judicial proceedings, and institutions within both the state university system and the Florida college system will also need to follow this law. It will go into effect in October.

(Washington, DC-AP) — President Trump says he is still considering dumping illegal immigrants in sanctuary cities. In a tweet today, Trump accused Democrats of being unwilling to change “very dangerous immigration laws.” The idea was previously floated and rejected by administration officials. It was seen as a retaliatory move against Dems, who support sanctuary cities. Meantime, Trump accused the “Radical Left” of favoring open borders.

House Speaker Nancy Pelosi says she hasn’t seen a report about President Trump and sanctuary cities but she’s calling it unworthy of the presidency. At the end of the House Democrats’ annual retreat in Northern Virginia, Pelosi said the U.S. is a nation of immigrants. The Washington Post is reporting that the Trump administration urged U.S. immigration officials to ship illegal migrants from the southern border to sanctuary cities across the country.

The cities included San Francisco, which Pelosi represents in Congress. The request was seen as way for President Trump to retaliate against political adversaries, but it never went anywhere. 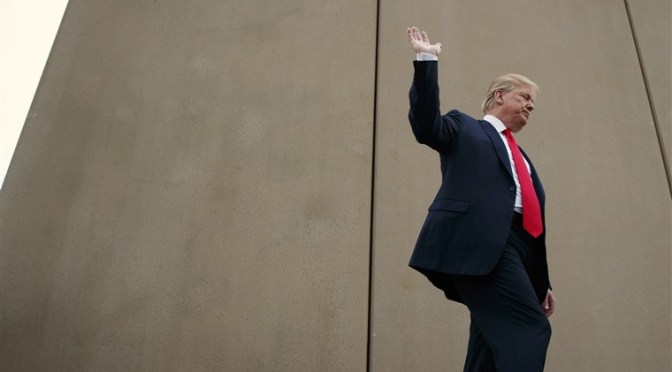 (Washington, DC-AP) — Congress is rejecting President Trump’s declaration of a national emergency at the southern border. A dozen Republicans joined Democrats in passing a Senate resolution of disapproval today. The vote was 59-41.

The measure recently cleared the House and now goes to Trump’s desk. He has promised to veto the measure and it’s unlikely that enough votes exist for a veto override. Trump aims to divert Defense Department funds to help build a massive border wall.

(Washington, DC) – Migrant children in the custody of the U.S. government made more than 45-hundred allegations of sexual abuse and harassment in the past four years. Democratic Congressman Ted Deutch of Florida said he was shocked by what he saw in Department of Health and Human Services reports. 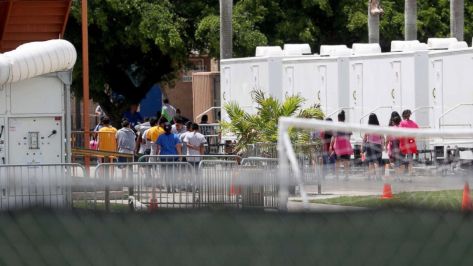 “You know what I’ve seen in these reports that were delivered to us buried in stacks thousands of documents.  I saw thousands of cases of sexual abuse if not by HHS Staff then by the people that HHS staff oversees. This behavior — it’s despicable, it’s disgusting, and this is just the start of questions that HHS is going to have to answer about how they handle these and what’s happening in these facilities.”

Most of the claims were deemed unfounded. Of the 13-hundred accounts deemed credible and referred to the FBI, most involved one minor abusing another. Still, there were 178 claims made against staff at the shelters housing the children. The data comes from the Department of Health and Human Services. Deutch said migrant shelters are an unsafe environment.