(Cary, NC-AP) — The maker of Fortnite is ending this year with three-billion-dollars in profits. Epic Games is based in North Carolina and grew its valuation to 15-billion this year according to the website TechCrunch. The company has not released any details.

Fortnite is an addictive game that throws competitors into a battle royale where the last survivor wins. It is free to play, but the company makes money selling digital extras, such as better weapons and outfits. An estimated 125 million people are playing Fortnite.

(SL) –  The Daily Mail reports, a creepy incredible ‘life-like’ android  is blurring the lines between woman and machine.

Footage captured at this year’s Tokyo Game Show has people baffled causing a debate on whether or not the Android is fake or real.  but not everyone believes their eyes.

Many believe it must be a person, while others think she it’ a real robot.

The alleged automaton, which some social media users have even admitted to ‘falling in love’ with the ‘pretty’ machine, was at the Japanese games convention to promote a PlayStation 4 game.

A number of Japanese-made and international games are on display at the convention, which has been held annually for the last 21 years.

The beautiful female ‘android’ stood out to many of the more than a quarter of a million gamers who attended, despite the fact she is only a PR prop.

She along with several others of her kind were stood at the booth of Detroit: Become Human, a new video game developed by French firm Quantic Dream and published by Sony Interactive Entertainment.

Visitors could be forgiven for thinking the apparently man-made machine was in fact a real-life human, as the video shows stunning build detail on her face and in the movements of her limbs.

In the short clip, the ‘android’ smiles and waves, leaving expo-goers and social media users stunned.

According to the game’s storyline, the humanoid robots promoting the game are state-of-the-art AP700 models, called ‘the most reliable android’. 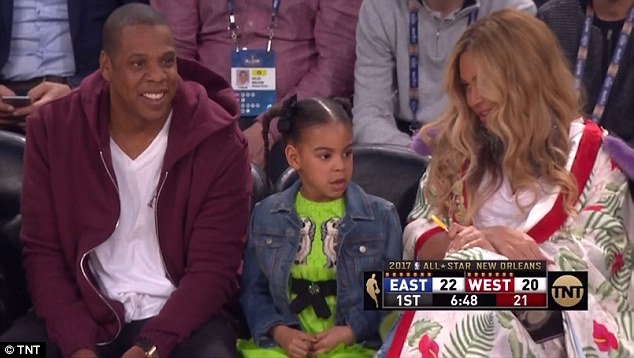 (SL) – The NBA All-Star game got a treat it wasn’t expecting…an appearance by the Carters.  Jay, Bey, Blue and the twins were courtside for all of the action as longtime friend Lebron James played for the East. The 66th All-Star Game took place in New Orleans. 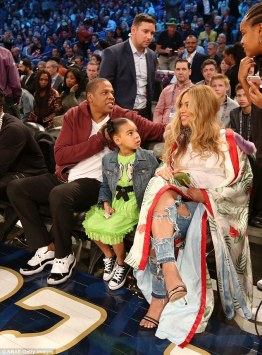 Bey and Blue were pictured having lunch with Solange and her son Juelz over the weekend. Beyonce wrapped her baby bump in a chic patterned kimono for the occasion.

She also sported a white T-shirt, ripped light blue jeans and a pair of strappy stilettos. 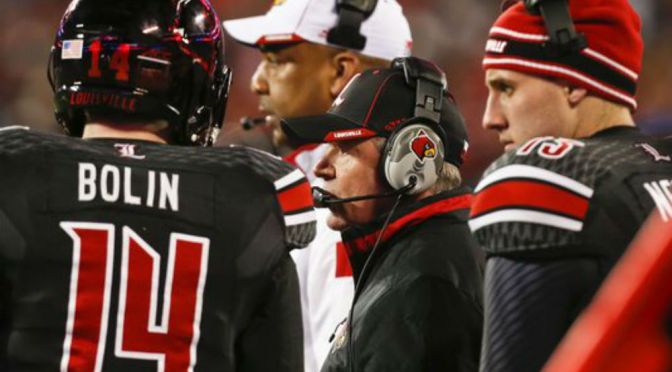 (ATLANTA ) – The Chick-fil-A Kickoff Game’s matchup of No. 6 Auburn and No. 25 Louisville is the first major neutral-site game of 2015 to sell out. Peach Bowl, Inc. and university officials today announced both teams have completely sold through their allotments of 30,000 tickets each and no tickets remain for public sale.

​​“When you get two historically successful, top-25 teams with fan bases as passionate as Auburn and Louisville, you know you’re going to have a tough ticket,” said Gary Stokan, Peach Bowl, Inc. president & CEO. “What a great way to kick off the season with an electric, bowl-like atmosphere with two ranked teams in front of a packed crowd in Atlanta and national TV audience on CBS.”

The game between the Cardinals and the Tigers is set for Saturday, Sept. 5 at 3:30 p.m. in the Georgia Dome and will be nationally televised on CBS.

The matchup marks just the second meeting of the two preseason top-25 teams. Auburn won their only previous game in 1974. This will be Louisville’s first Chick-fil-A Kickoff Game appearance and Auburn’s second – following up a 2012 tilt with Clemson.

“To open the 2015 football season in a sold-out venue like the Georgia Dome against a top-10 team is exciting for our program,” said Louisville Head Coach Bobby Petrino. “Our fans have a proven track record of supporting our football team no matter the location, so it’s not surprising they have responded the way they have to this exciting matchup. I know they will help create an outstanding atmosphere as we kick off the season.”

No. 6 Auburn vs. No. 25 Louisville first 2015 neutral-site game to sell out
“We look forward to playing in front of a sellout crowd at the Chick-fil-A Kickoff game versus a very good .Louisville team on a national stage to open the 2015 season,” Auburn Head Coach Gus Malzahn said. “We have the best fans in college football and our team looks forward to playing in front of the Auburn Family in the Georgia Dome on Sept. 5.”

​​The teams will battle for The Old Leather Helmet Trophy, one of college football’s iconic rivalry-game trophies. Traditionally, winners of The Old Leather Helmet don the helmet on the field after the game, starting with the head coach and then rotating from player to player as the team celebrates its victory.The nation’s longest-running kickoff game, the Chick-fil-A Kickoff Game averages more than 66,000 fans per game – higher than 30 bowl games from last year – and has sold out seven of its 10 matchups. The game’s team payout averages $4.3 million, which is higher than 21 bowl games last season. Television viewership is also traditionally strong with more than 40 million viewers tuning in to the series since 2008.

Continue on for past and future Chick-fil-A Kickoff Game match-ups.