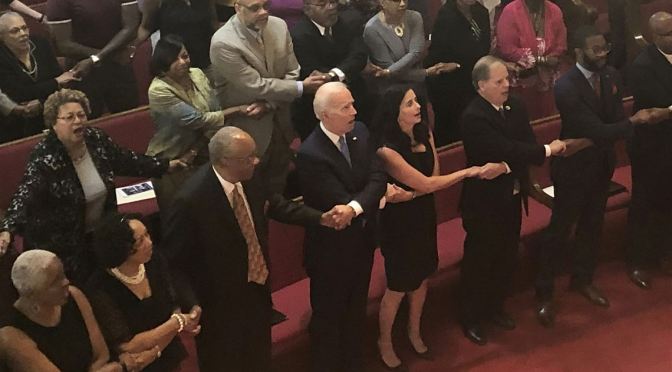 (Birmingham, AL-AP) – Democratic presidential hopeful Joe Biden is warning that “hate is on the rise again.” The former vice president spoke Sunday at the 16th Street Baptist Church in Birmingham, Alabama to mark the 56th anniversary of the bombing that left four dead.

He said the same ideology that lit the fuse in that bombing is responsible for recent atrocities like the mass shooting in El Paso, the shooting at a historically black church in South Carolina, and recent shootings at synagogues in California and Pittsburgh.

Biden noted that “we have not relegated racism and white supremacy to the pages of history.”

El Paso Police Chief Greg Allen says it took six minutes from the active shooter call to police responding to the scene. He says the suspected gunman, a 21-year-old white male from the Dallas area, is in custody and is expected to be arraigned on capital murder charges.

Allen says the case may be prosecuted as a hate crime, due to a manifesto posted online, into which they are still investigating.