GANGNEUNG, South Korea (AP) Tessa Virtue and Scott Moir were the last couple to leave the ice after their warmup early Tuesday, the Canadian ice dancers soaking in every second before their final Olympic performance.

They sure made it a memorable one. 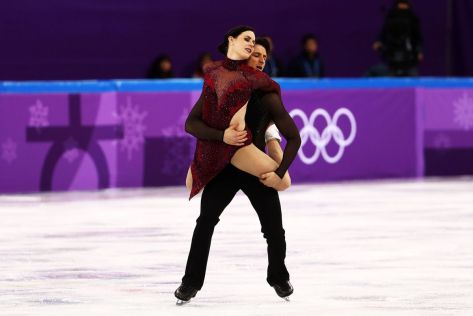 After watching their training partners Gabriella Papadakis and Guillaume Cizeron break the world record with a flawless freeskate, Virtue and Moir took the ice one last time with a dazzling, dramatic interpretation of ”Moulin Rouge.” Every movement was synchronized, every element raw and emotional, and the only question left at the end was whether it would be enough.

They wound up with a personal-best 122.40 points for a record 206.07 total, pushing them past their French rivals’ score of 205.28 and making them the most decorated figure skaters in Olympic history. 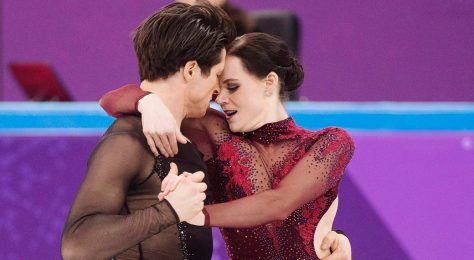 It was the second gold medal of the Pyeongchang Games for Virtue and Moir, who were instrumental in helping Canada win the team event . It was also their third gold overall after winning their home Olympics in Vancouver in 2010, and their fifth medal overall
after two silvers at the Sochi Games four years ago.

They retired for two years after that disappointment, content with their place in history, only to decide a couple years ago to make one more run at Olympic glory.