(New York, NY-AP) – Eddie Murphy is reviving some of his classic bits from Saturday Night Live. Murphy hosted SNL last night for the first time in over three decades.

The 58-year-old actor and comedian offered updates on several of the iconic characters and skits he made famous on the show in the 1980s. Murphy’s Mister Robinson’s Neighborhood character still lives in the same neighborhood, which has become greatly gentrified.

His Buckwheat character is back, competing in a singing contest dressed up as a corn cob, and Eddie Murphy as Gumby delivered the news on Weekend Update.

(AP) – The future of hip-hop is looking good and financially stable. Forbes magazine released the 2020 edition of their annual 30 Under 30 list Tuesday, which documents entertainers, athletes and more who’ve solidified themselves as entrepreneurs before the big 3-0.

This year’s edition includes Tyler, The Creator, DaBaby, Lil Nas X, Megan Thee Stallion and Tierra Whack. For his part, Tyler dropped Igor, a critically acclaimed LP that pushed his genre-bending-ways to new limits on its way to a Number One debut on the Billboard 200 albums chart.

Meanwhile, Lil Nas X pretty much conquered the world when his breakout single “Old Town Road” broke the Billboard Hot 100 chart record for most weeks at Number One. All five artists join the likes of Travis Scott, SZA, Young MA, and the Migos who have all been featured on the list in the past.

(New York, NY-AP) – Cuba Gooding Jr. is pleading not guilty to a new groping charge in his sexual misconduct case. His attorney criticized the lack of specific details in this third groping allegation.

Today’s arraignment comes as new video from TMZ appears to show the actor grabbing the backside of a waitress in a Manhattan restaurant. Prosecutors now say they’ve heard from at least a dozen additional women who say Gooding Jr. either sexually harassed or touched them.

(AP) – Tekashi 6ix9ine is convinced that he’ll be out of federal custody at the top of the new year. While testifying against Nine Trey Gangsta Bloods members Anthony “Harv” Ellison and Aljermiah “Nuke” Mack last Thursday, 6ix9ine confirmed that he expected to be out of lockup by the beginning of 2020.

The rapper, born Daniel Hernandez, said in testimony that if he was granted time-served, he’d be released at the beginning of next year.

6ix9ine was originally facing a minimum of 47 years and a maximum of life in prison for nine federal charges if he didn’t cooperate with federal authorities.

(AP) – Lizzo’s “Truth Hurts” is continuing to shatter records on the billboard charts. The Detroit-born artist’s single has become the longest-reigning number one song performed by a female rapper without any features in the chart’s history.

Originally released in 2017, the hit single has been in the chart’s coveted top spot for the past four weeks. It’s currently certified double-platinum by the Recording Industry Association of America.

(Minneapolis, MN-AP) — A Minnesota judge is issuing an arrest warrant for R. Kelly after he failed to show up for a hearing to face child prostitution charges. The singer is accused of paying a 17-year-old to dance for him back in 2001 in Minneapolis.

During that interaction, Kelly is accused of taking off the girl’s clothes and touching her.

Kelly did not show up to Thursday’s hearing because he’s locked up in Chicago awaiting trial on federal sex crime charges. Federal authorities are refusing to make him available to Minnesota authorities until after his federal case wraps up.

(New York, NY-AP) – Taylor Swift is the highest paid woman in music. The Me! singer takes the top spot on Forbes list, after earning 185-million-dollars before taxes last year.

She also has a nine-figure deal with Republic Records. 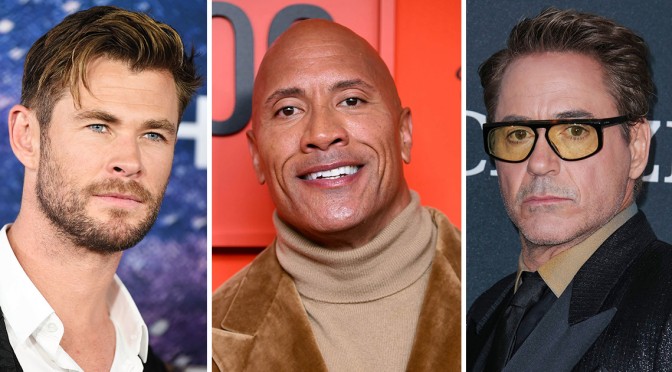 (Los Angeles, CA) – The man formerly known as The Rock is Hollywood’s biggest earner. Dwayne Johnson tops Forbes annual list of the world’s highest paid actors. The star of the “Fast and Furious” franchise made over 89-million-dollars for the year ending June 2019.

It comes from films, his HBO series “Ballers” and royalties from his line of clothing, shoes and headphones with Under Armour. He’s followed by two “Avengers” stars. Chris Hemsworth and Robert Downey, Junior made 76-million and 66-million-dollars respectively.

(Los Angeles, CA-AP) – It appears Liam Hemsworth and Miley Cyrus are moving forward in their breakup, with the Hunger Games actor citing “irreconcilable differences.” Court documents obtained by E! News indicate that the couple have a pre-nup agreement, and that Hemsworth filed for divorce, but didn’t ask for spousal support.

Reports indicate the couple own no property together, kept their earnings separate while married, and only have jointly-owned animals that need to be divided.

Hemsworth is reportedly laying low with family in his native Australia, while Cyrus has been spotted out in Los Angeles with Kaitlyn Carter, as the pair appear to be dating. 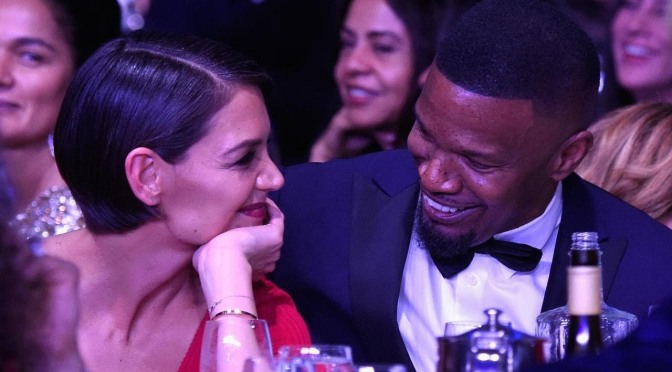 (New York, NY-AP) – It looks like it’s over for Jamie Foxx and Katie Holmes. Page Six reports the couple has split after six years together.

Pictures emerged over the weekend showing Foxx with a much-younger woman partying in Los Angeles.

The Oscar winner and actress have been together since 2013, about a year after Holmes divorced Tom Cruise. 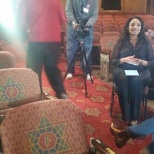 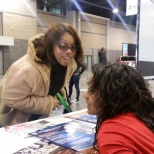