(Cincinnati, OH) – There’s been tension between the Cincinnati Reds and Pittsburgh Pirates since April and it all came to a head Tuesday night in Ohio as the Reds and Pirates met for Game two of 3-game series.
It really seems like a case of who can poke their chests out the furthest, as reportedly the brawl seems to stem from the Pirates having an issue with Derek Dietrich pausing to admire his own homerun against the Pirates back in April.
Pirates pitcher Keone Kela threw an inside pitch at Dietrich during Tuesday’s game and all hell built up to break loose from there. Kela reportedly taunted Dietrich after striking him out and from there things got worse.
Reds’ pitcher Amir Garrett was on the mound having a heating conversation with the Reds’ manager when he charged towards the Pirates’ dugout and started swinging.
“I don’t condone what I did. It’s not in the game for something like that to happen,” Garrett said after the game, according to MLB.com. “Sometimes, you let emotions get the best of you. I don’t condone that. I don’t like for kids to see that in the baseball environment. Baseball is fun.”
Eight players from both teams were ejected in total throughout the game, including Reds manager David Bell. Yasiel Puig — had been traded to the Cleveland Indians just minutes before he was ejected from the game as a result of the fight.

(Atlanta, GA) – Atlanta Police are investigating a deadly accident involving a bus and a scooter. A CobbLinc bus reportedly hit the scooter on West Peachtree Street at 15th Street around 10:30 last night.

The man riding the scooter was trapped underneath the bus and died before firefighters could pull him out. Officers are trying to figure out who was at fault.

While there were passengers on the bus, police say they don’t have any witnesses.

Family members told FOX 5 that the victim was married with two small children and he was on his way home from the Atlanta United game when the accident happened.

(Columbus, GA) — A Georgia mother and three children are dead in a quadruple homicide.

The Columbus Ledger-Enquirer reported that they were found stabbed to death inside a unit at the Elizabeth Canty apartment complex on Cussetta Road in Columbus.

The children were reportedly all three-years-old and under. Columbus Police say they were tipped off and found the victims last night.

The bodies have been transported to Atlanta, GA for an autopsy.

(Los Angeles, CA-AP) — Former VP Joe Biden is condemning President Trump for not stopping supporters from chanting “Send Her Back!”

Speaking today in Los Angeles, the presidential candidate said Trump is playing a game by targeting the four minority congresswomen. Biden added that Trump is “dividing the country and raising the issue of racism.”

Trump disavowed the chants that were directed at Minnesota Democratic Congresswoman Ilhan Omar during his rally in North Carolina last night. Trump said the chants started up quickly and noted that he moved on with his speech as soon as possible.

(Washington, DC) – Country singer Carrie Underwood posted, “Everybody’s doing it,”  as she shared a photo of herself and Mike Fisher looking older with the FaceApp Aging function. But guess what?  That doesn’t mean you should do it.

You’ve probably seen your timeline flooded with images of people exploring what they might possibly look like as the FaceApp rushes through several birthdays so you can see what you’ll look like with grey hair and wrinkles.

But what’s alarming is that users have completely signed over the contents in their phones for the images and are being warned that this could be another infiltration by the Russians. 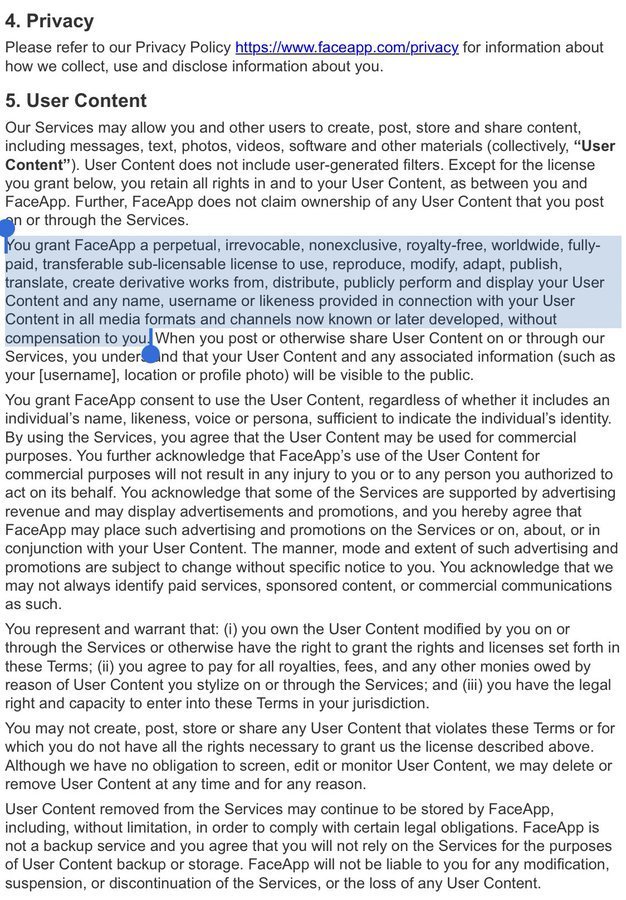 On Wednesday, the Democratic National security chief sent an alert saying FaceApp was developed by Russians, and that they have “significant concerns” about the app “having access to your photos.” That’s not the only thing they have access to.  Your voice, your name, messages and pretty much anything else you might have in your phone becomes theirs for life.

In 2016, the DNC and Democratic campaigns were attacked by Russian hackers….meaning…you just never know.

(Washington, DC-AP) — Articles of impeachment against President Trump are being introduced in the U.S. House of Representatives. Congressman Al Green filed the articles Tuesday despite objections by Democratic leaders.

Still, a number of Democrats have called for beginning impeachment proceedings. One reason is it will give more teeth as they battle the Trump administration in courts over the White House refusals to comply with subpoenas.

Under the Constitution the House starts impeachment proceedings. If a majority vote that the president has committed “treason, bribery, or other high crimes” they can start hearings. Then a majority would have to vote to impeach the president.

In that case, the U.S. Senate would hold a trial. It would take two-thirds vote of the Republican-controlled Senate to remove the President from office. Only two presidents have been impeached in U.S. history. Andrew Johnson was the first in 1868, followed by Bill Clinton in 1998 and ’99. Neither was removed from office. Proceedings against Richard Nixon were underway when he resigned before a vote to impeach.

A controversy grew after a weekend tweet from Trump saying the lawmakers should go back to their countries. The Democratic women are all American citizens, with only one having been born outside the U.S.

Four Republicans voted with Democrats to condemn President Trump. Congresswoman Susan Brooks of Indiana is retiring after this session. The other three who voted with Democrats in calling the tweet “racist” are Brian Fitzpatrick of Pennsylvania, Will Hurd of Texas and Fred Upton of Michigan. All three represent moderate districts and face competitive elections.

(AP) – Seventy current and former U.S. Customs and Border Protection employees are reportedly being investigated after inappropriate posts in a secret Facebook group.

Customs officials said the employees allegedly made jokes about dead migrants and made sexist comments about Latina Congresswomen.

Sixty-two of the employees in the probe are current employees and eight are former. Officials say so far, investigations into two employees have wrapped up and their cases have been handed over to CBP for disciplinary action. But, it’s unclear what kind of action they’ll face.

The judge is expected to consider whether the R&B star should be freed from jail as he awaits trial. Celebrity attorney Michael Avenatti represents three victims in the federal cases.

He claims Kelly paid two-million-dollars to keep the alleged victim and her family off the witness stand in the 2008 child pornography trial that ended with the singer’s acquittal. 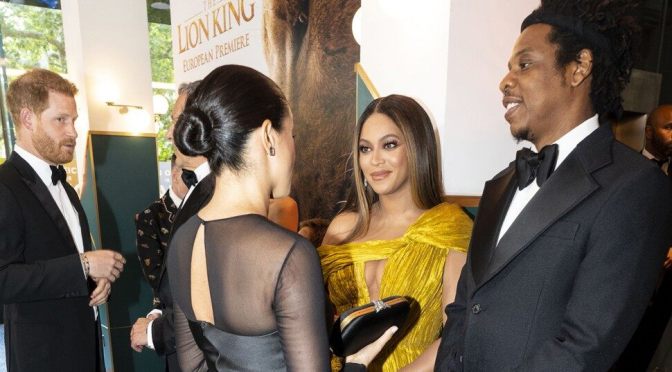 (London) –– British royalty meets Hollywood royalty at the Lion King premiere in London. Prince Harry and Meghan Markle were at the premiere last night, and mingled with Lion King star Beyonce and her husband Jay-Z.

Beyonce reportedly talked with the Duchess of Sussex about her new baby, Archie. Other celebrities at the premiere included Seth Rogen, Elton John, Taron Egerton and Vin Diesel. The new live-action version of The Lion King hits U.S. theaters this Thursday.