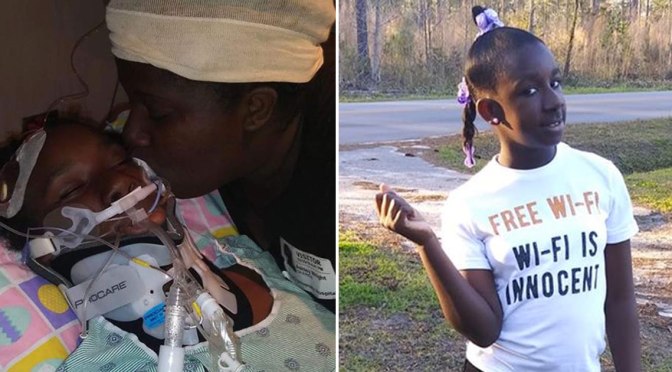 (Walterboro, SC) — What is happening in our schools?  A South Carolina school district says a fifth-grader is dead after she got into a classroom fight. Officials say ten-year-old Raniya Wright was airlifted to a Charleston hospital from her Colleton County school last week and died a short time later .

Police say Raniya Wright was knocked unconscious in the fight at Forest Hills Elementary School in Walterboro. School officials say she was a model student.

“Raniya was a wonderful student. She loved to write, spend time with her friends, play basketball and loved being a big sister. She was actively involved in her church as a junior usher,” the district said in a statement. “She will be missed greatly by her family, friends, and the entire school community.”
“Our entire school district is saddened by this event,” the district said. “It is very difficult to experience the death of a young person.”

The fellow 5th grade Forest Hills Elementary student she was fighting with is so far only suspended indefinitely.

The school hasn’t released anymore details. But an autopsy is being done and her parents want answers.

Jermaine Van Dyke, Raniya’s father is looking for justice for his daughter. He wants to find out what happened, how it happened and who was involved. The Attorney for the family, David Aylor, says Van Dyke has had “little to no contact” from anyone since the tragedy occurred. Few details have been released about what happened, but the sheriff’s office says no weapons were used.