(SL) – Authorities in Tampa believe a former basketball player for St. John’s University in New York could be their suspect in a string of Seminole Heights murders that sparked serial killer fears and had the community on alert for months.

Howell Donaldson III was arrested at a McDonald’s restaurant in Ybor City, based on a tip given to Tampa police, FOX 13 Tampa reported. He will face murder charges in connection with all four killings, Stephen Hegarty, the Tampa Police Department’s public safety information coordinator, told Fox News.

It all started on Oct. 9, when 22-year-old Benjamin Mitchell was shot to death. Two days later, 32-year-old Monica Hoffa was killed. Oct. 19, Anthony Naiboa, 20, was murdered after taking the wrong bus home from his new job. And the latest victim Ronald Felton, 60, was slain Nov. 14 as he was walking to volunteer at a food pantry in Seminole Heights.

Police believe Donaldson acted alone, Hegarty said. The arrest comes after one of Donaldson’s coworkers at McDonald’s approached an officer about a gun in the workplace.

Reportedly, Donaldson handed a coworker a McDonald’s bag with a.40 caliber Glock in it that was loaded. He allegedly told the coworker that he wanted to leave the state.

Donaldson agreed to allow authorities search his car and they found what is believed to be a  blood stain on some clothing. 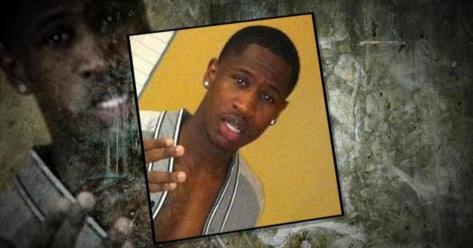 According to police records, the Florida Department of Law Enforcement and ATF analyzed the fired cartridge casings in all four murder scenes, and identified the casings were fired from the same firearm: a Glock .40 caliber handgun.

Tampa Mayor Bob Buckhorn says, “You know 51 days ago I said this was a struggle between good and evil, well know, goodness has won.”