(SL)  — Julio Jones racked up 12 catches for 253 yards and two touchdowns as the Falcons blasted the Buccaneers 34-20 at Mercedes-Benz Stadium. The Wide Receiver set a records with his standout performance.

Jones became the first player to record three games of more than 250 yards in a career, surpassed Hall of Famer Lance Alworth for the most receiving yards and Anquan Boldin for most receptions for a player through his first 90 NFL games. 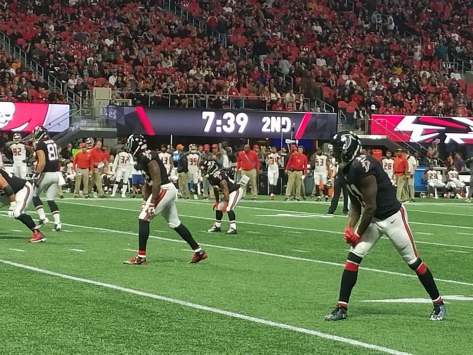 Post game, quarterback Matt Ryan said, “If we could just dial up 250 yards from him every week, it would be a pretty good recipe for success. He’s so explosive. He’s an unbelievable talent and an unbelievable competitor.” 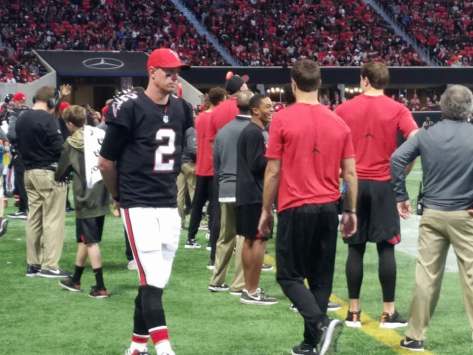 Ryan himself finished 26-of-35 for 317 yards and a TD, while wide receiver Mohamed Sanu had a 51-yard touchdown pass to which Coach Quinn jokingly said he became confident with Sanu at QB after he completed the pass, especially after he wobbled the snap a little.

Sanu’s perfect pass rate left fans calling for him to play various other position all of which Coach Quinn said being the athlete that he is, he could probably do them all. 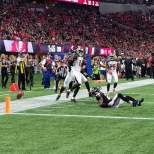 Tevin Coleman ran for 97 yards and two scores hours after his significant other had twins. The Falcons, who have won three in-a-row to improve to 7-and-4 on the season.
Ryan Fitzpatrick was 27-of-44 for 283 yards with no touchdowns or interceptions for Tampa, which slipped to 4-and-7.  Peyton Barber had a pair of rushing touchdowns in the setback. The Falcons will host the Vikings on Sunday while the Buccaneers will hit the road to play the Packers.